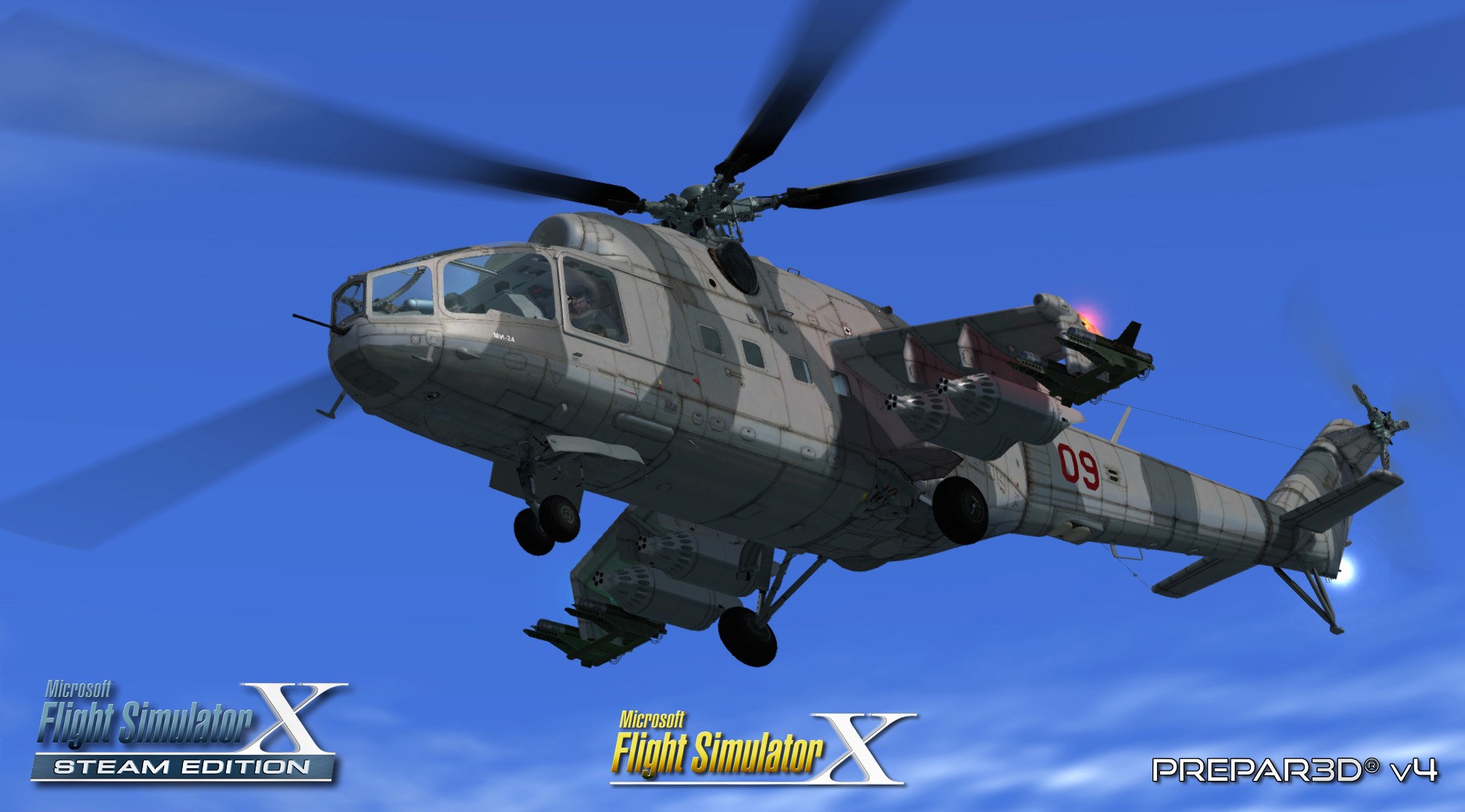 The Mi-24 (NATO designation Hind) is one of the most widely-known assault helicopter gunships in the world, and remains in service with at least 50 air arms.

The Mi-24 was developed from the Mi-8 multirole transport helicopter and was first flown in V-24 prototype form in 1969. The definitive initial production variant was the Mi-24D Hind-D. This introduced heavily-armored, stepped cockpits ant an undernose gun turret. This gunship has a crew of three and can carry up to 8 fully-equipped troops.

The Mi-24A was the second production model of the “Hind” series helicopters. The Mi-24A (Hind-B) entered Soviet Air Force service in 1972 and have been exported to a few countries before it underwent a cockpit redesign that resulted the destinctive look it is most famous for. It’s capable of 310km/h in high-speed cruise, 750 km maximum flight distance and 12,500 kg maximum takeoff weight.

This addon represents the “Mi-24A Hind B” variant.