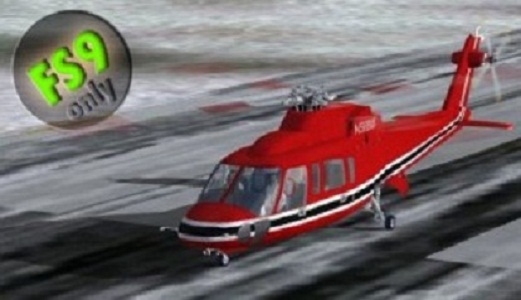 The development of S76 Spirit began in 1975, the first of four prototypes flew in 1977. The goal was to create a civil aircraft for offshore, ambulance and passenger transport service.

The development of S76 Spirit began in 1975, the first of four prototypes flew in 1977. The goal was to create a civil aircraft for offshore, ambulance and passenger transport service.

The first version in mass production was “A”, later versions “B”, “C” has improved engines and avionics. Having concentrated almost exclusively on military aircraft thus far, Sikorsky announced plans in January 1975 for a twin-turbine helicopter for the civil market.

The company had carefully evaulated the needs of potential customers and, after having examined various solutions, had already acquired a number of options. Building of the four prototypes began in May 1976 (the designation S-76 was chosen to mark the American bicentennial). The project clearly showed the experience gained with the S-70 combat helicopter. The second prototype was the first to fly, on 13 March 1977, complete with IFR avionics. From the outset, the aircraft was equipped for all-weather operation, as one of its main roles was intended to be the servicing of offshore oil rigs.

The four-blade rotor of this aircraft is exactly like that of the S-70. The blades are built around a strong titanium spar; the leading edge is also titanium, while the trailing edge has a fiberglass and nylon honeycomb structure. The rotor hub is made according to the latest techniques to minimize maintenance: the normal bearings have in fact been replaced by elastomeric ones needing no lubrication, and special dampers virtually eliminate vibration. The powerplant is installed above the fuselage behind the drive shaft and consists of two 650shp Allison 250-C30 turbines.