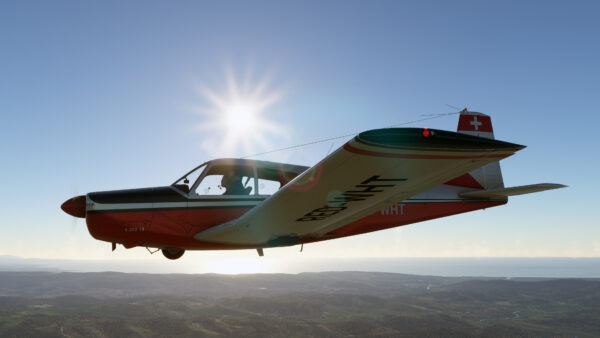 The S.205-18/R is a single-engine, four-seat, all-metal light aircraft manufactured by SIAI-Marchetti of Italy.

The S.205-18/R is a single engine, low wing monoplane of all metal construction, employing an electrically retractable tricycle landing gear with conventional air-oil struts. The airplane configured with four seats, one pilot and 3 passengers. Distinctive feature of the airplane is the honeycomb panels which replace the conventional wing skin. The use of large honeycomb panels for the wing skin assures the perfect construction of the laminar wing airfoil and permits to reduce the riveting to a minimum. This results in an improvement of aerodynamic and performance characteristics of the airplane. The low-wing airplane, which took its first flight in 1965, has been used extensively through the years for both civil and military applications, notably for training.

The S.205-18/R features retractable tricycle landing gear, a standard empennage, and a main wing with a span of 35 feet, 8 inches. An air-cooled, 4-cylinder Avco Lycoming O-360 piston engine that produces up to 180 horsepower propels the sleek craft, turning a Hartzell constant-speed 2-blade propeller. The S.205R has a range of 930 miles, a cruise speed of 160 mph, and a top end of 170. The aircraft climbs at 870 feet per minute and has a service ceiling of 17,650 feet above sea level.

A proven performer for a number of militaries and civilian operators through the decades, the SIAI-Marchetti S.205R treats aviators to a fantastic all-around flying experience. From flight training to difficult cross country flight over desolate mountains, this great looking aircraft confidently delivers, time and again.